This past weekend marked our return to VIRginia International Raceway. Last year, my co-driver Max and I technically both won the race, in a way. I took the checkered flag in the MINI in first, but we had our win stripped away due to a boost technicality after the car went into a limp mode. Max, who originally finished second, ended up taking the win instead. We were hoping to share the top step this weekend.

We were heading into the test day on Thursday with a goal to test different items between the two cars, but the weather put a quick stop to that with lightning causing a red flag to the session after about 10 minutes. I did an out-lap and an in-lap in the #52 before jumping in the #37 for the same amount of time. We wanted to get a direct comparison of how each car would drive, so we did find some small things that we thought could help us in the long run. However, we didn’t find out much else due to the lack of time. 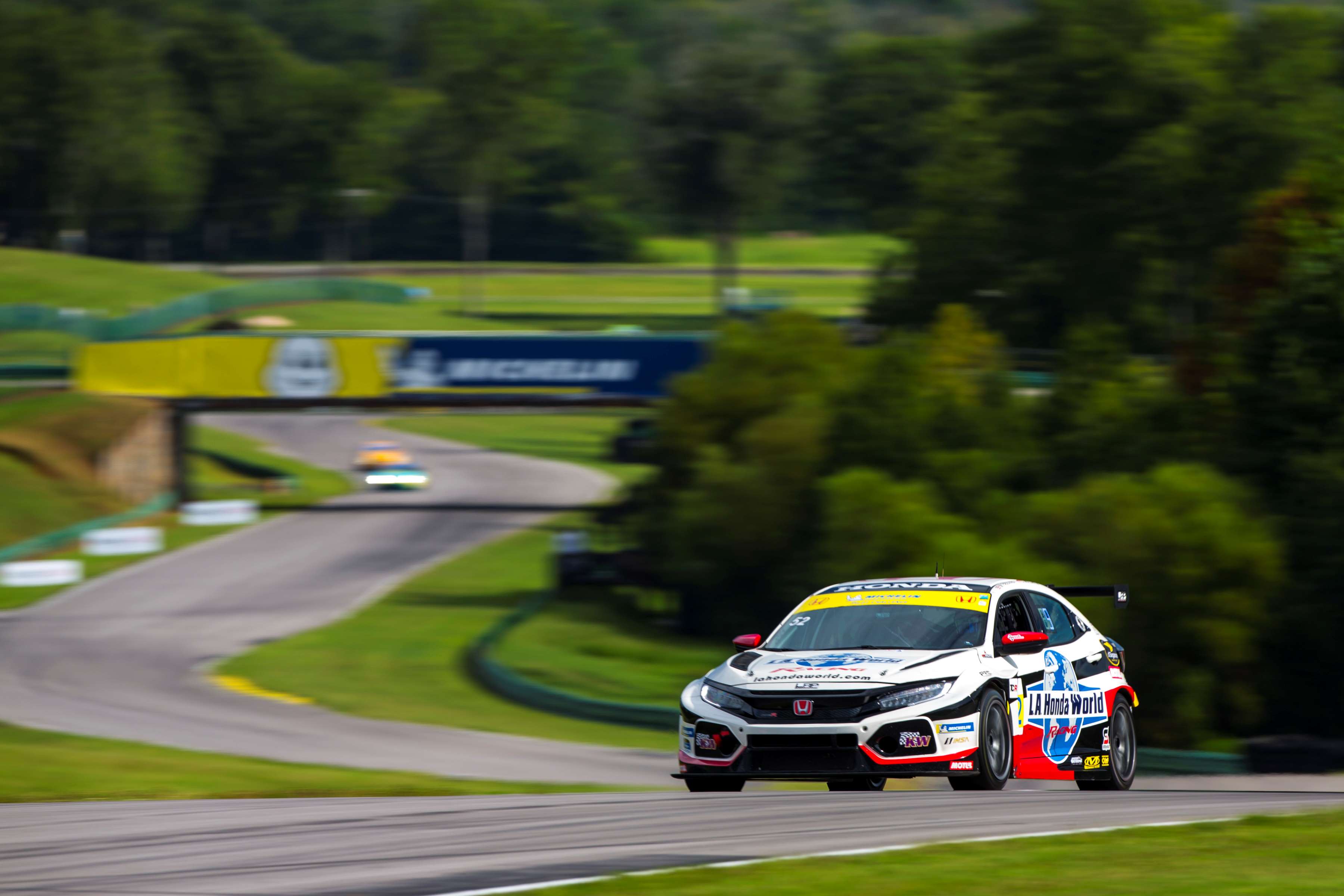 Friday was a long day at the track with our first Practice just after 9:00 in the morning and qualifying at 7:15 PM. Practice 1 was decent for us, but we ran into some electrical gremlins towards the end. Those same gremlins carried over to Practice 2, but the L.A. Honda World Racing crew worked incredibly hard to get me out for the final 10 minutes of the session. We got everything sorted out by then, so we were confident that the car would be in good shape for qualifying. However, the weather rolled in yet again; massive downpours and lightning forced our session to be canceled. We started 7th based off of championship points, our teammates started 2nd. We decided that I would start the race to try to get to the front early on, hoping for green-flag running for the rest of the race. 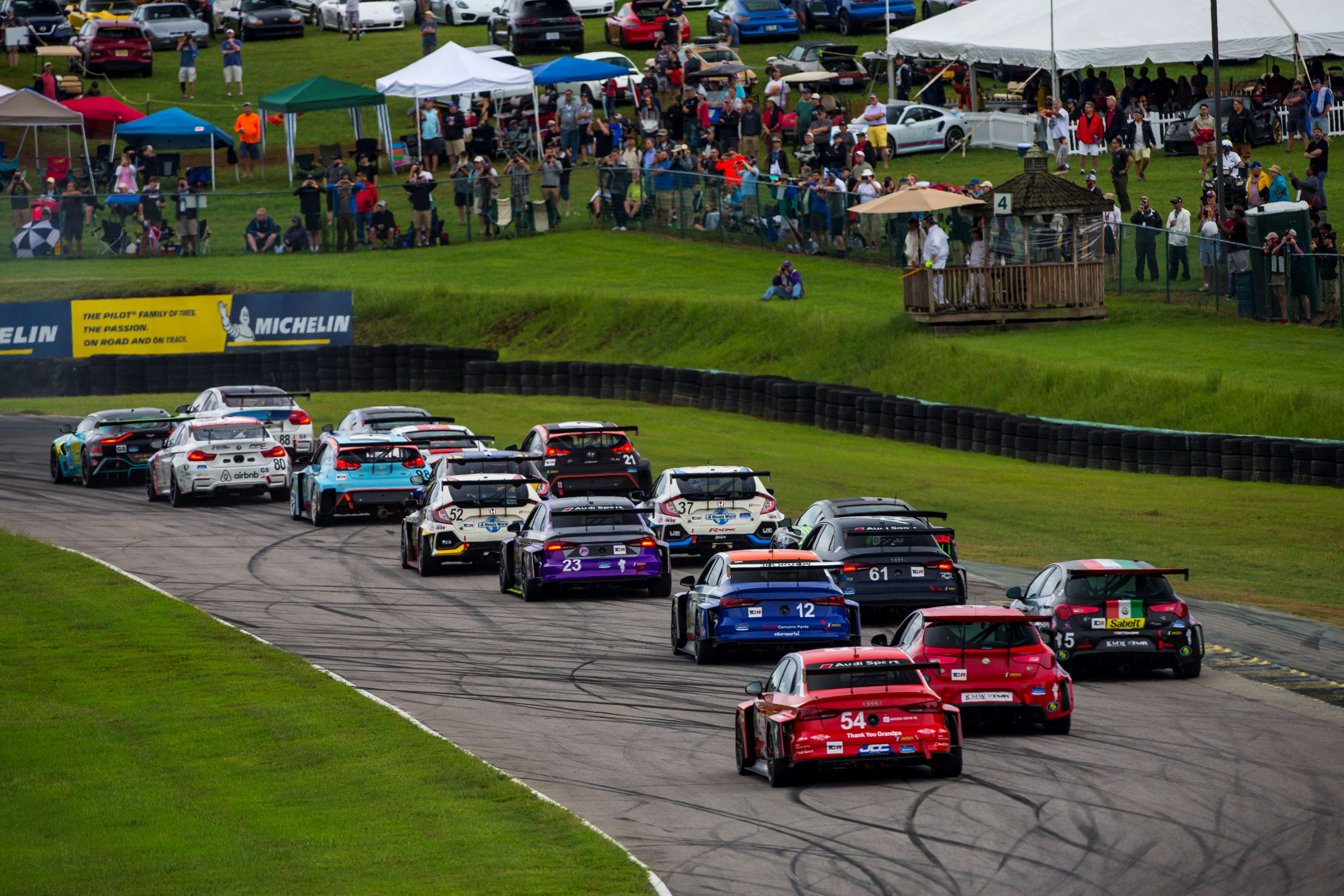 The weather was unpredictable on race day, but the track was dry when we started so everyone went out on slick tires. I got a good jump on the start, moving up to 4th early on, then getting shuffled back to 6th as traffic became a greater factor later in the first lap. I worked with my teammate Shelby to get back up to the lead pack, settling back in 4th behind Shelby and the two Hyundais when the first full-course caution came out. 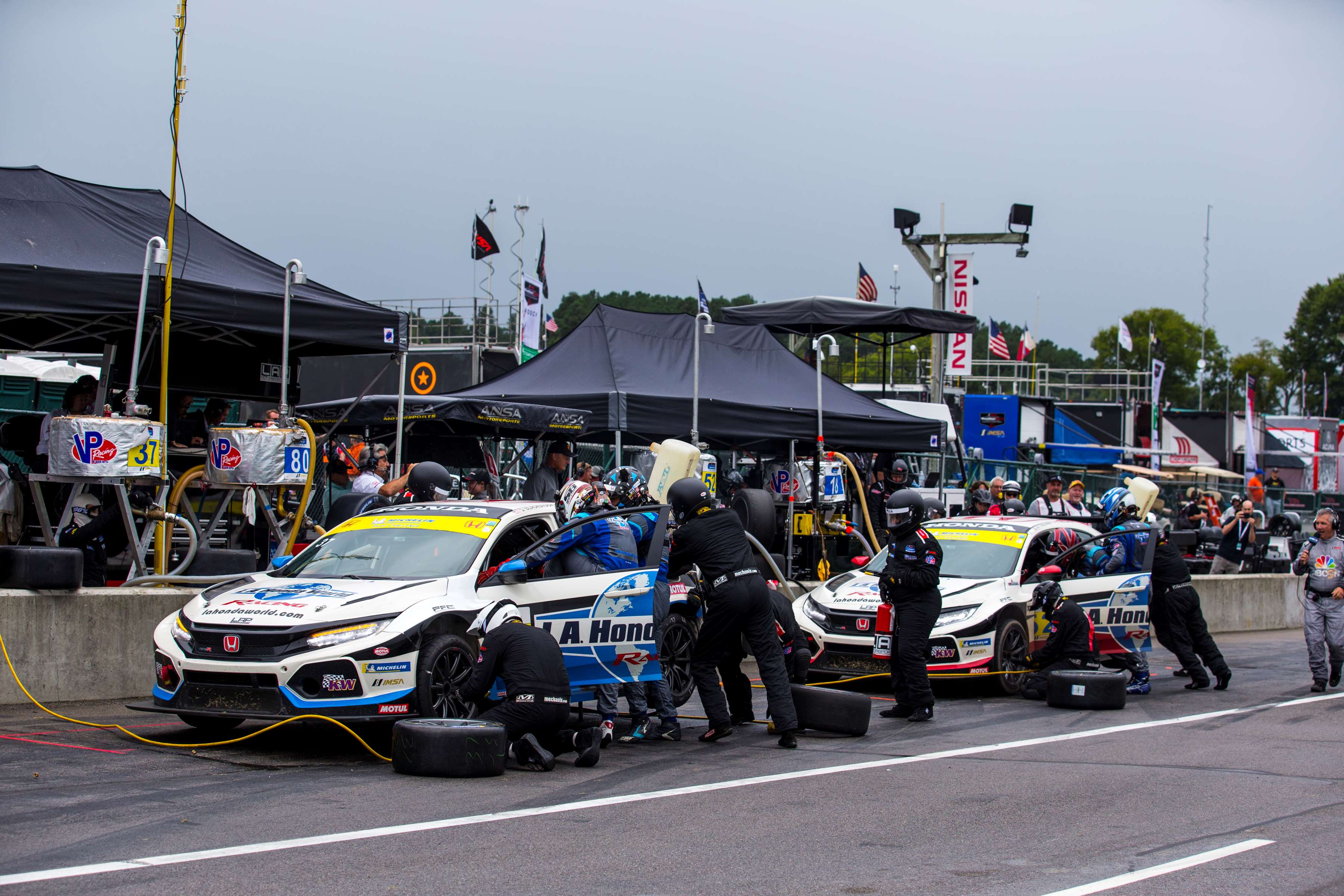 Then the rain came. Since the cars weren’t moving at full speed, the water just accumulated during the entire caution period. We had a long discussion before deciding to pit for rain tires. Our pit crew is usually flawless, but they had a bit of trouble with one of the tires during our stop which dropped us down to about 7th. There was still a lot of time left in the race, so I wasn’t too concerned.

I got held up by some slower cars on the restart, but I was able to get by and work my way back up to the lead pack. The track began to dry quicker than expected, so we had to make the most out of the rain tires while we still could. I was right with Shelby trying to get back some positions when I caught a bit of water on the outside of turn 12. I slid wide into the grass but luckily was able to rejoin, only losing one position and about 5 seconds overall. I made up most of that time before we pitted for slick tires and the driver change. We came out of the pits again in 7th, but unfortunately, Max picked up a drive-through penalty for speeding in pit lane.

Later on, Max clipped a bit of standing water just off of the dry line and spun in turn 10. We went a lap down and unfortunately couldn’t make up ground from there, finishing 10th in the end. 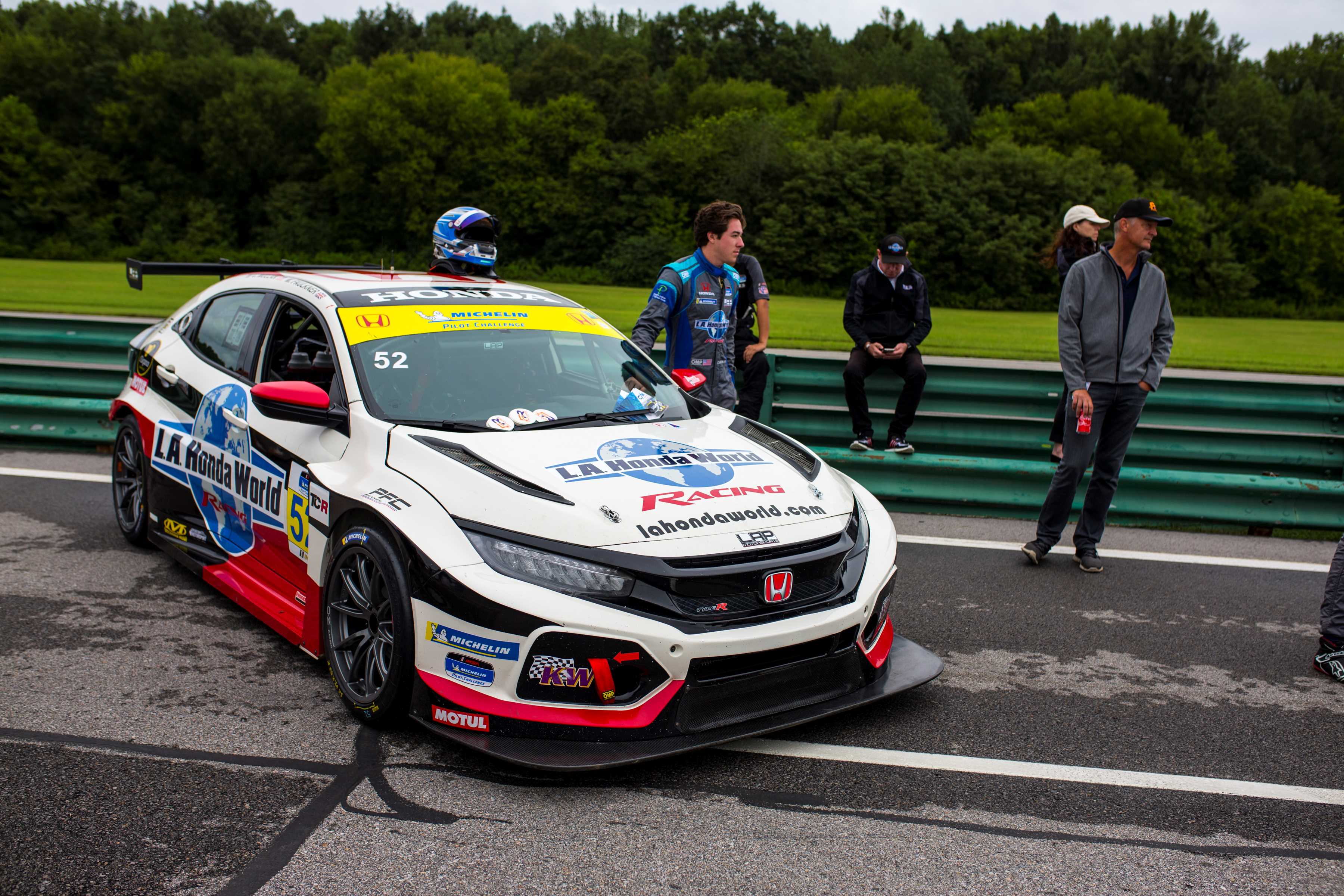 I can’t thank the whole crew enough for all their hard work this weekend. It was a challenging race throughout so I’m glad we were able to make it to the end. I’m looking forward to getting back behind the wheel of the Andretti Autosport McLaren 570s GT4 at Watkins Glen next weekend. It should be a good track for the car and an exciting couple of races! After that, I’m back in the Civic TCR at Laguna Seca from September 11-14, so I’m looking forward to getting back out at one of my home tracks.