A few months ago, my racing plans for 2021 were nonexistent.

I ended 2020 on a high note, winning the GT4 America SprintX Silver championship co-driving with Jarett Andretti. Crossing the line at Indianapolis Motor Speedway was an emotional moment and one that I will forever remember in my racing career. However, with Jarett moving on to the IMSA Prototype Challenge, a series requiring a Pro-Am lineup, I was left to find a way back in the seat for 2021.

Unfortunately, COVID put a big damper on any potential sponsor leads from the previous years. Slowly but surely, the months ticked by from November through January with little to nothing to show from our off-track efforts. I planned on returning to the Ohio State University campus for the start of the spring semester, finishing off my first year as an engineering student while still working hard to find a way behind the wheel.

Out of the blue, I received a call from Jeremy Shaw about an opportunity to test a Mercedes GT4 with JMF Motorsports/Conquest Racing West in a young-driver shootout in Buttonwillow – the goal being to run the car for a partial season in the NASA Western Endurance Racing Championship before moving to GT4 America later in the year. Any opportunity for me to get back in the seat is phenomenal, so of course, I was interested. After an interview over Zoom with Danny Kok, a long-time racing driver/instructor and a partner in Conquest West, and Jeremy, I was in for the shootout at Buttonwillow Raceway Park.

The shootout was a success, but as it turned out, I would not be racing the Mercedes according to plan. After a test at Sonoma, the team decided to run Marco Kacic and Michai Stephens in the Mercedes for the scheduled NASA/SRO program. Coincidentally, the team also had an open seat in their LMP3 car for the rest of the Prototype Challenge season – they wanted to give me a shot to move up to the next level in my career.

Testing the LMP3 car at Sebring was one of my most exhilarating experiences behind the wheel. Coming from a car that’s about 15 seconds a lap slower, to now having high levels of downforce in a small, lightweight package was a bit of an adjustment, to say the least. Although I have done some open-wheel racing in the past, nothing could compare to the grip that I felt driving a proper prototype. I thought I had understood the bumps at Sebring from the Civic TCR that I had raced in 2019, but in a prototype, “respect the bumps” has a new meaning entirely. 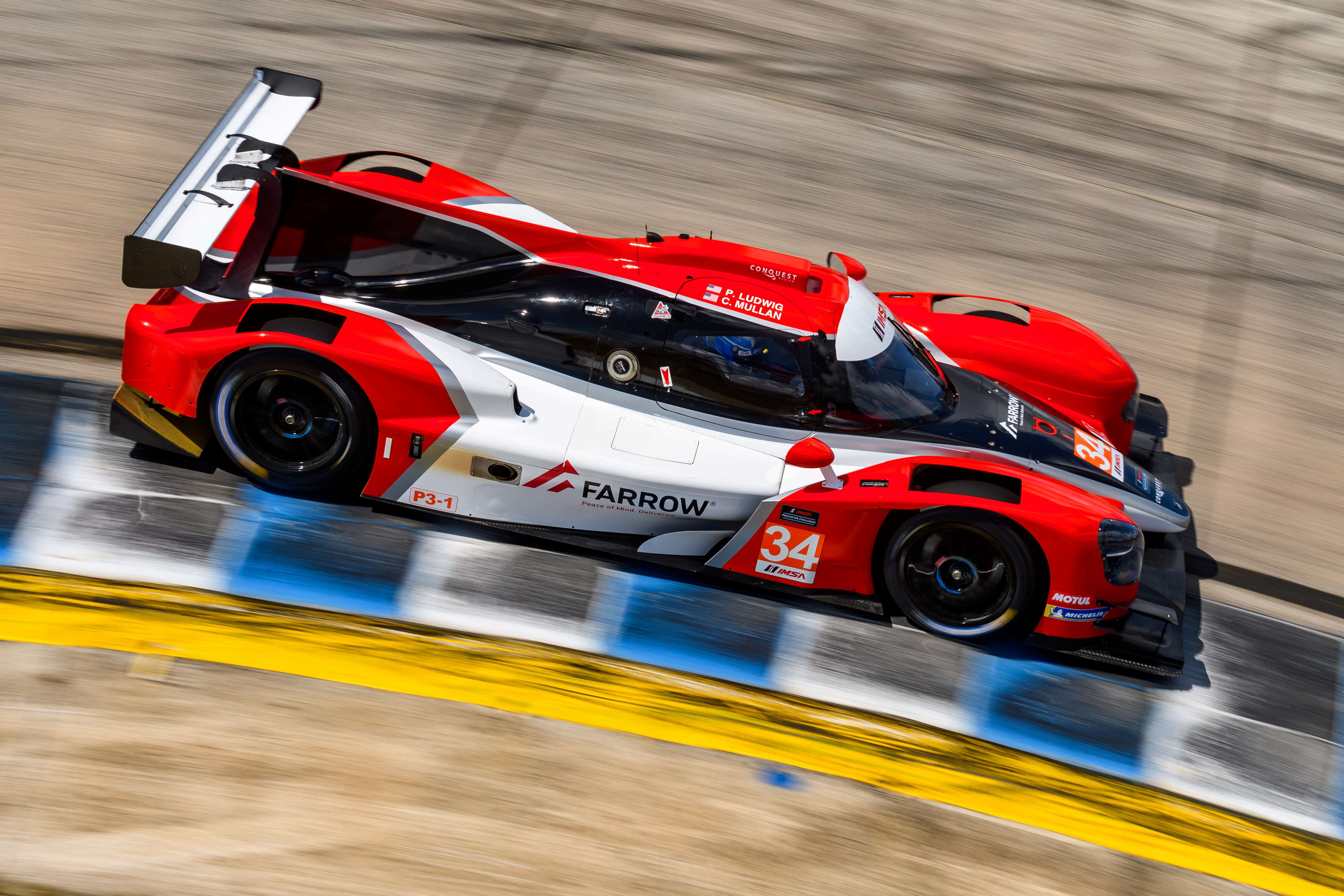 The whole team at Conquest and JMF Motorsports has been incredibly welcoming. It is always important for me to feel at home with a new team, and Eric Bachelart has certainly put together a great program that fits those goals. I owe a huge thank you to Jeremy and Danny Kok for the opportunity to participate in the shootout program, and a very special thank you to John Farrow for making these opportunities possible altogether.

From my short time in the LMP3, it has been a fantastic learning experience. It has also been a pleasure to work with Marco Kacic and Michai Stephens, helping them get used to the intricacies of a GT4 car. It will be great to see them thrive in the JMF Motorsports Mercedes this year.

I am extraordinarily grateful for this opportunity and cannot wait to get my 2021 race season underway this weekend. 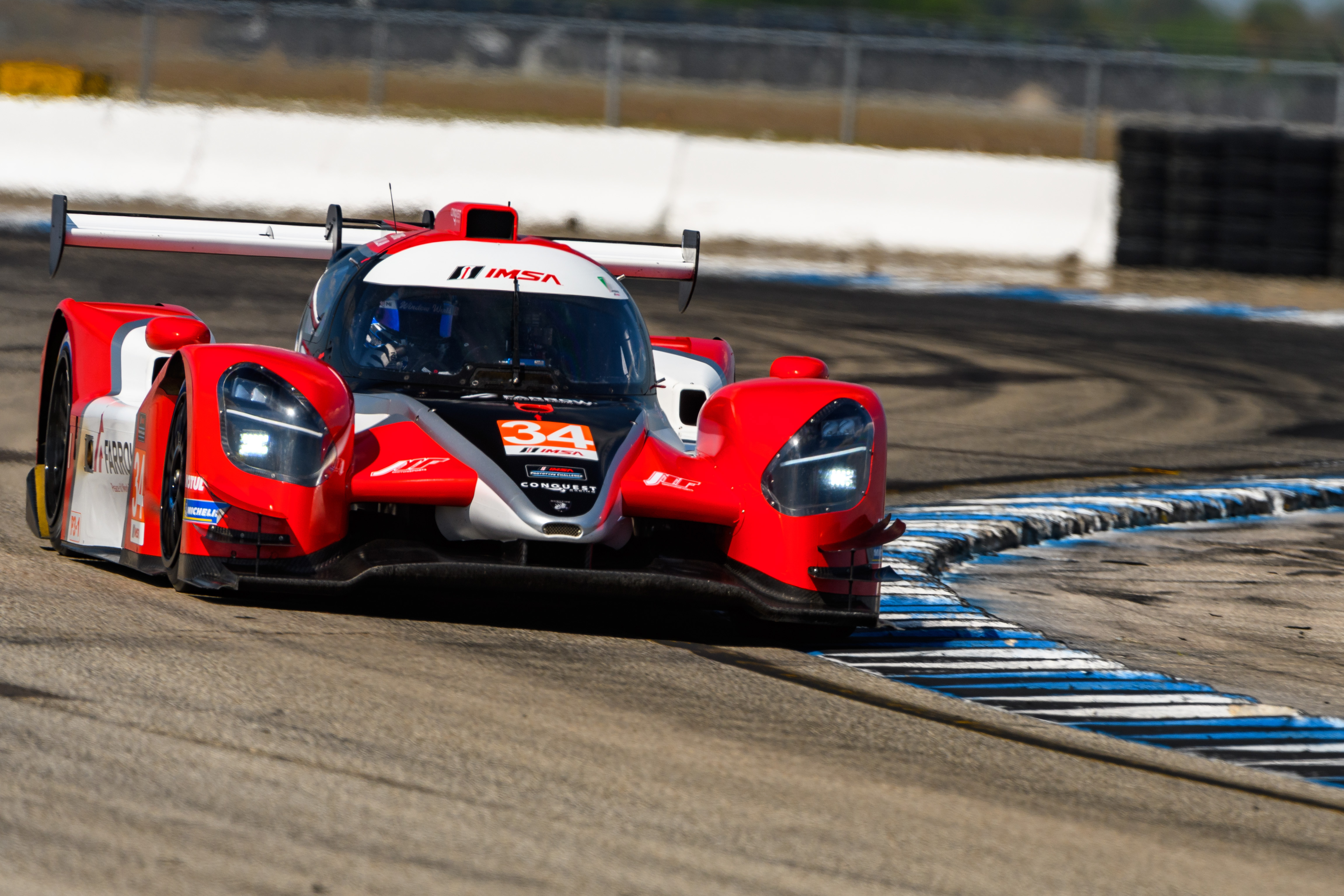