Heading into the final race of the GT4 America season was always going to be special. Taking to the pavement at the Indianapolis Motor Speedway simply puts a smile on my face. Being around such a rich and vivid history is just incredible. Last year, I won the GT4 America Silver Championship with Andretti Autosport at this track in the final race of the championship but missed out on any overall wins throughout the year. Going into this weekend, with JMF Motorsport / Conquest Racing West, we had already swept the weekend at Sebring with a pair of overall victories - and we were hoping to do it again here.

I had driven back from VIR on Monday morning to Columbus, OH - took an exam that afternoon, then a final on Tuesday before leaving for Indianapolis that night. It was a busy turnaround to say the least! We hit the track for the first time on Wednesday for Practice 1. The series decided to use a slightly different configuration to the version we used in 2020, adding in the carousel section through turns 5 & 6 that was used by Formula 1 in the early 2000s. As we make up our time in the corners, thanks to the amazing platform AMG provides us to work with, I figured this would help us. It also reduced the size of the back straight, which helps minimize our losses due to our slightly lower top speed.

We were happy with our pace on old tires and eager to see where we would end up on a sticker set for Practice 2. Unfortunately, those plans were cut short when the skies opened up to a downpour shortly before our session. Conditions were looking mixed for the weekend anyway, so we used the opportunity to get some time on track in the wet in case we needed that experience for race day. I only had a few laps out on track — my “fastest” ended up being when the second half of the track resembled more of a lake than actual pavement. After hydroplaning numerous times on the front straight, I brought the car back to the pits just before a red flag for track conditions put a stop to the session. Michai hopped in the car when the series had decided it was safe enough to run, and he put in some good laps to give us a reference for our rain performance.

The following day, we took to the track for qualifying and our first race of the weekend. Qualifying was decent, and Michai put us in a good starting position for the race later that day. Unfortunately in Qualifying 2, we lacked the outright pace that some of the other Pro drivers had to be up the order. Regardless, I was still only a tenth or so off of the fastest Mercedes in the session, and we would be starting just outside the top ten for Race 2. We kept our focus on Race 1, which was merely a few hours away.

Michai started on the front row and was looking good to slot into a solid position to put pressure on the leading BMW. This plan came to a halt when another charging BMW from behind broke too deep into turn 7, forcing Michai wide and opening up the door for two other cars to sneak through. Michai was in a nose-to-tail battle with another Mercedes and a separate BMW for second place overall. We played the pit strategy to our advantage and were able to jump both cars during a quick pit sequence, and some good out/in laps. This put me in second place by the time I got out on track, but it wasn’t going to be an easy fight to the end. The lead BMW had built up a sizable gap, over 15 seconds ahead. Luckily, the second-half stint suits our Mercedes-AMG incredibly well. Tire management is a key factor to our overall pace, and I was able to reel in the leader and get by with ten minutes to go. 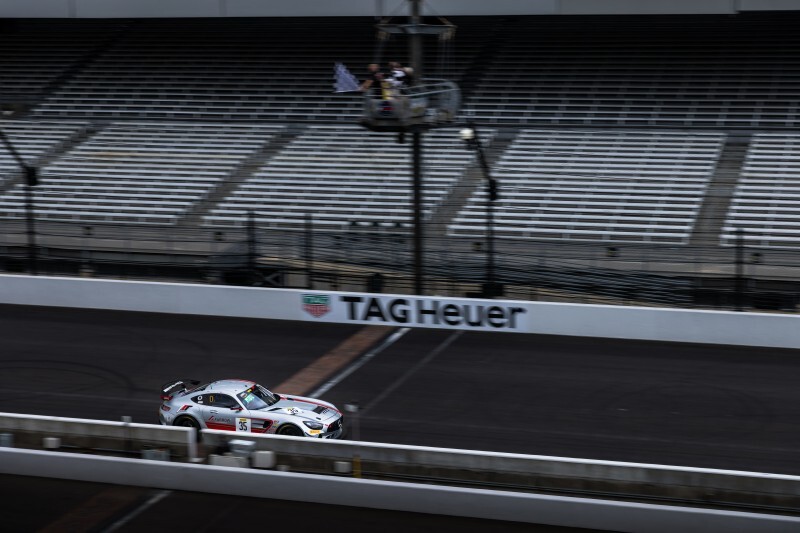 I really can’t put it into words. Crossing the famous yard of bricks in P1 was remarkable, let alone making it three straight overall wins for us in the GT4 America series up to this point. I was so happy to bring it home for our team - and see the hard work from everyone involved come to fruition yet again.

The next day, as we prepped for Race 2, the weather looked to be incredibly uncertain. The track was not drying nearly as fast as we would have expected after a previous downpour had drenched the surface for quite a while. Watching the race just prior to ours for some indication of track conditions, we saw the cars on dry tires come to life at the end, so as a result, all of the GT4 cars ended up starting on slicks as opposed to rain tires.

I started the race in 10th place and was up to 8th by the first corner. The conditions were still sketchy off-line, so it made passing certainly a challenge. I was shoved off-line by another car at one point, and the resulting pickup from mud and rubber made it feel like I had a puncture until the tires cleaned themselves off. It was a dogfight in the drying conditions, and all of the Mercedes struggled to pick up the pace early on. I knew as long as I could keep as close to the front as possible, it would put us in a good position for the end when our car would be best - especially relative to our competition that had been pushing hard at the start - and wearing their tires as a result. Again, we had a great pit stop and were able to make up some positions during the pit sequence. Michai picked off some drivers on their out laps, and suddenly, we were back up in the top three.

With just two laps to go, Michai had reeled in the leader and made a pass in the same corner that I did for the win in Race 1. Again, we brought home an overall win. 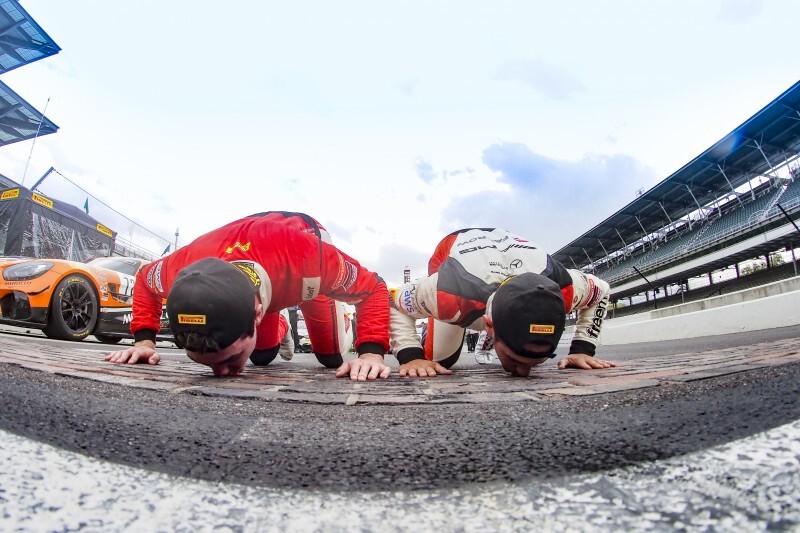 With that, we extended our streak to four straight overall wins in the GT4 America series. In doing so, we helped Mercedes-AMG become the winningest manufacturer in the series this year by securing 4/5 of their total race wins in GT4 America. We also secured third place in the silver class championship despite only competing in 8/14 of the races.

I am truly grateful to the entire team for helping us get to this point. We’ve had such a powerhouse of minds and experience which led us to this point. To say I’ve learned a lot from people like Mitch Davis and Ian Willis is a severe understatement. I owe a huge thank you to Eric Bachelart for putting this incredible group of people together, and of course, John Farrow for giving us the opportunity to go racing in the first place.

There’s still one more race left for me on the calendar this year. We’ll be wrapping up the IMSA Prototype Challenge championship at Road Atlanta in a few weeks’ time. Can’t wait for another chance to get behind the wheel of the LMP3 car! 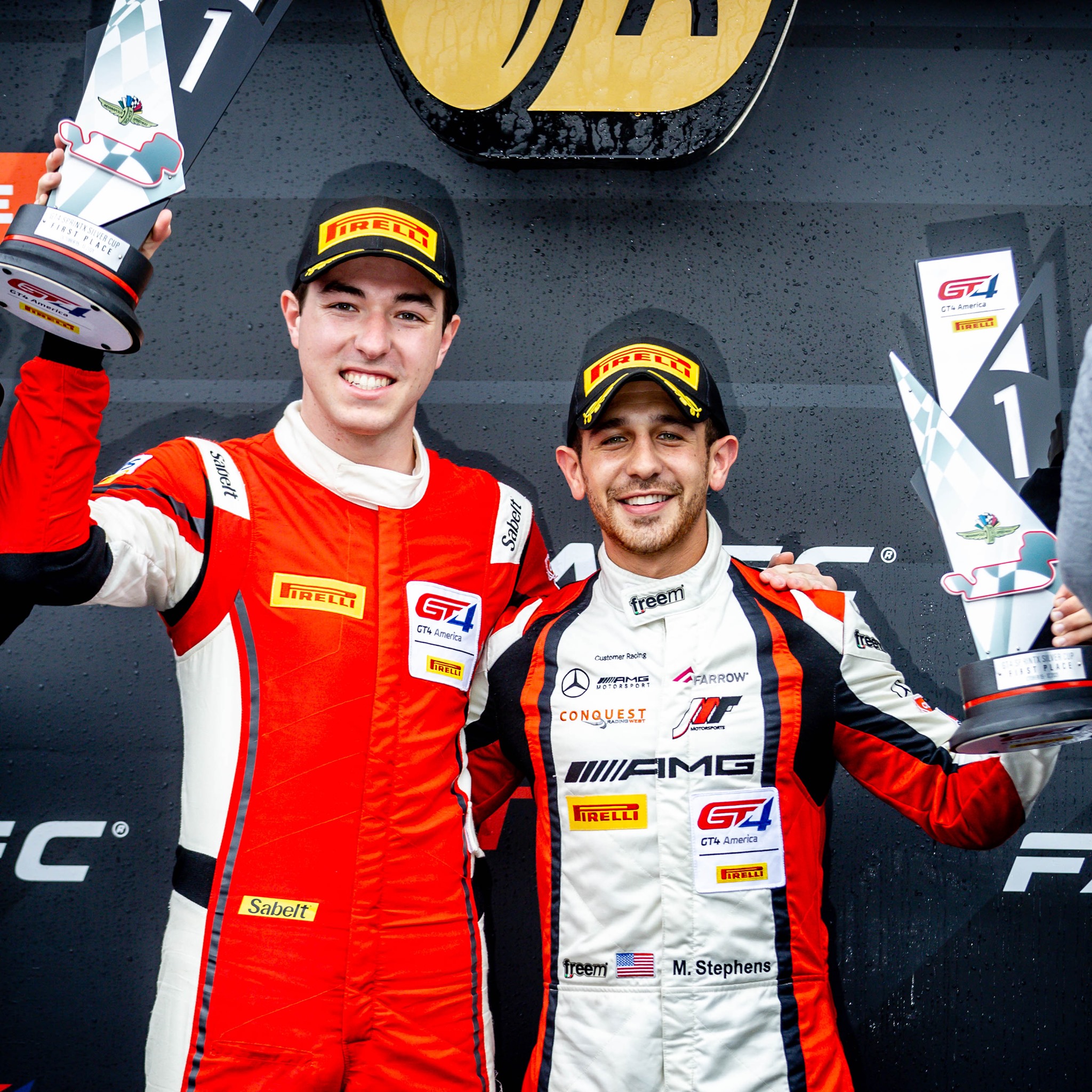