Our second race of the season, at Sebring International Raceway, took place as a part of the “Super Sebring” event. Along with our series, the IMSA WeatherTech Championship, the Prototype Challenge, and the World Endurance Championship were all a part of the race weekend. It was really special to be a part of Sebring’s record-turnout weekend, and seeing the LMP1 cars on track for the first time, as they were lapping about 35 seconds quicker than we were!

We started with the open test session on Wednesday, where we spent most of the time chasing down some issues with the car. My co-driver Max and I were both able to get some quality time learning the track. It was my first time on track at Sebring since I was too young to race there last year, turning 16-years-old three days after the race.

We were a bit behind on figuring out setup compared to our teammates, so we struggled in practice to find pace. Luckily, we got it together by qualifying, and Max put the car 6th on the grid for our race on Friday.

The race was madness from the beginning. Max got a great start and was up to 3rd in turn one. Unfortunately, he got stuck behind a couple of the backmarker GS cars and got stuck in the mid-pack battle. As a result, we were about 30 seconds behind the lead pack when it was time for the driver change. We had a good pit stop, thanks to the amazing LAP Motorsports crew, and I was back out on the track. 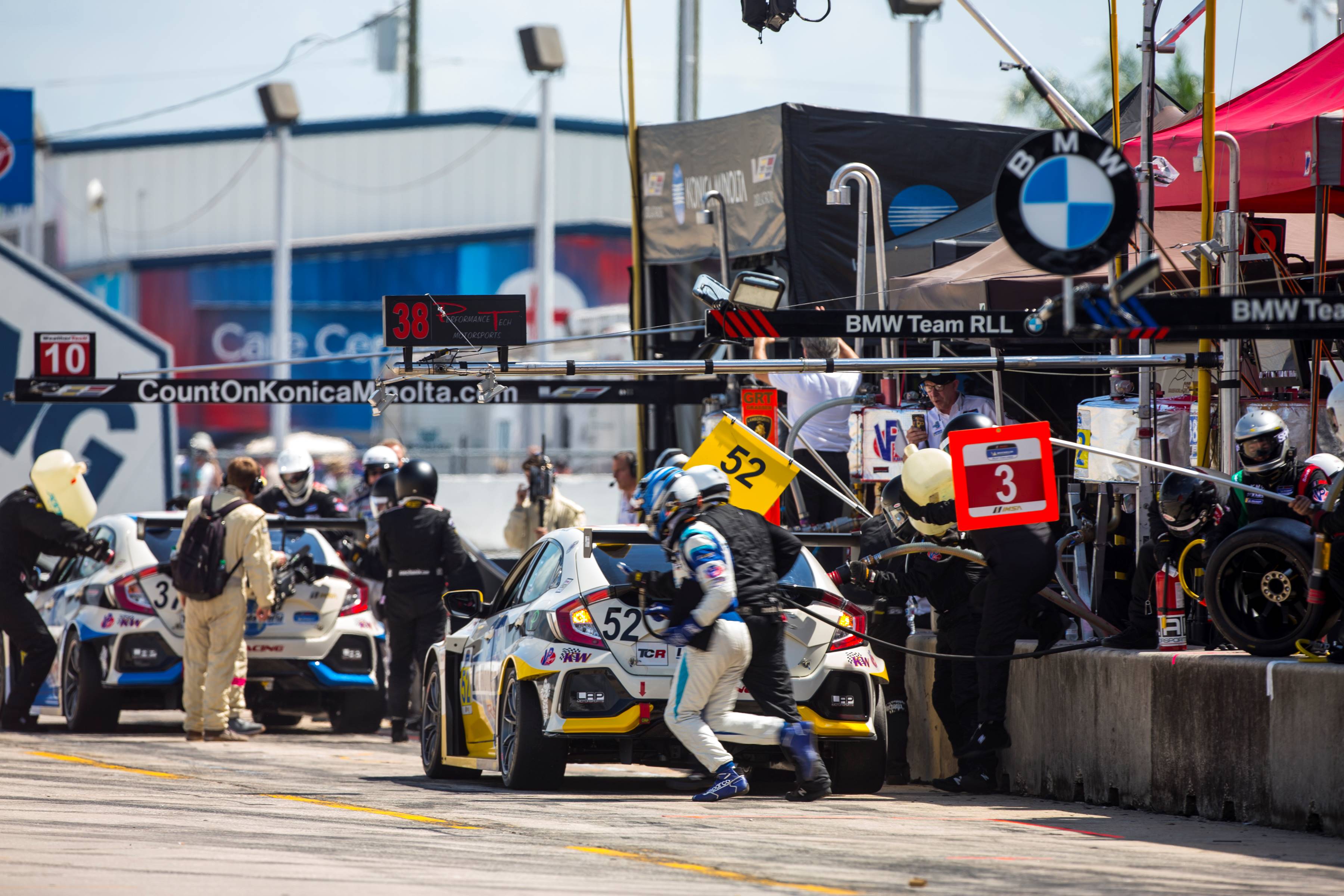 I got lucky, as a full course caution bunched up the field a few laps after I pitted. It was also a good chance to make sure we would be good on fuel until the end. On the restart, I made up a position into turn three but got hit from behind in turn five, losing two spots. It was particularly frustrating since there was already a caution in the corner, but I got my head back in it and worked on catching back up.

I made some more passes as the race went on and ended up coming home 5th. Despite a rough start, I’m happy to have secured a top 5 finish. The LA Honda World Racing team did an excellent job yet again, it’s great to be working with such great people. I owe a huge congrats to our teammates in the #37 car, Tom O’Gorman and Shelby Blackstock, who were able to come home with another win for the team!

We’re currently in a three-way tie for 4th place in points, only two points behind 3rd. With steady progress from the beginning, I’m excited to see what the rest of the season holds!