This past weekend I returned to Watkins Glen for the second time this year, hoping for some better luck than our time in the TCR here. I expected the track to suit the McLaren more than Portland and Sonoma, so we came into the weekend with an optimistic approach.

The Thursday test session was productive, we found some tire issues in the first session and made some setup changes to the damping which helped the balance of the car. The second test session also went well, I focused more on my driving in order to get used to the McLaren’s nuances around the track compared to the Civic TCR. The biggest change for me to get used to, aside from FWD to RWD, were the brakes. All steering, throttle, and brake inputs on the 570S have to be very delicate and precise, as we drive around some of the assists like ABS and ESC. With the Civic TCR, we utilize ABS as much as possible, and we can use more force with inputs to get the car to do what we want.

Official practice started on Friday. I was in the #36 SprintX car, while my teammate Jarett was in the #18 Sprint car. Both are exactly the same cars, they just run in different race formats during the weekend. SprintX is shared between two drivers, Sprint is only one. I struggled in FP1. We were down on pace and the car just seemed a little off pace everywhere. Jarett was in the top 3 in the #18 car, so we were hoping to learn off of him to get back up the order. We made some minor improvements for FP2 later in the afternoon, which helped me get further up the order, but not by much. We still were looking to find time ahead of qualifying on Saturday morning.

Jarett qualified the #18 car for his Sprint race before our sessions for SprintX. It proved to be a success for him, putting the car on pole for his race. We were hoping to follow suit in SprintX qualifying. Unfortunately, we were still down on pace with the #36 car. I put the car 4th on the grid for race one, and Jarett qualified 11th for race two. Our times were within a tenth of each other, both almost a second off of the #18’s time for the Sprint race. On one hand, I was glad that the problem wasn’t with my driving, but on the other, it was worrying since we didn’t know what was causing our lack of pace. 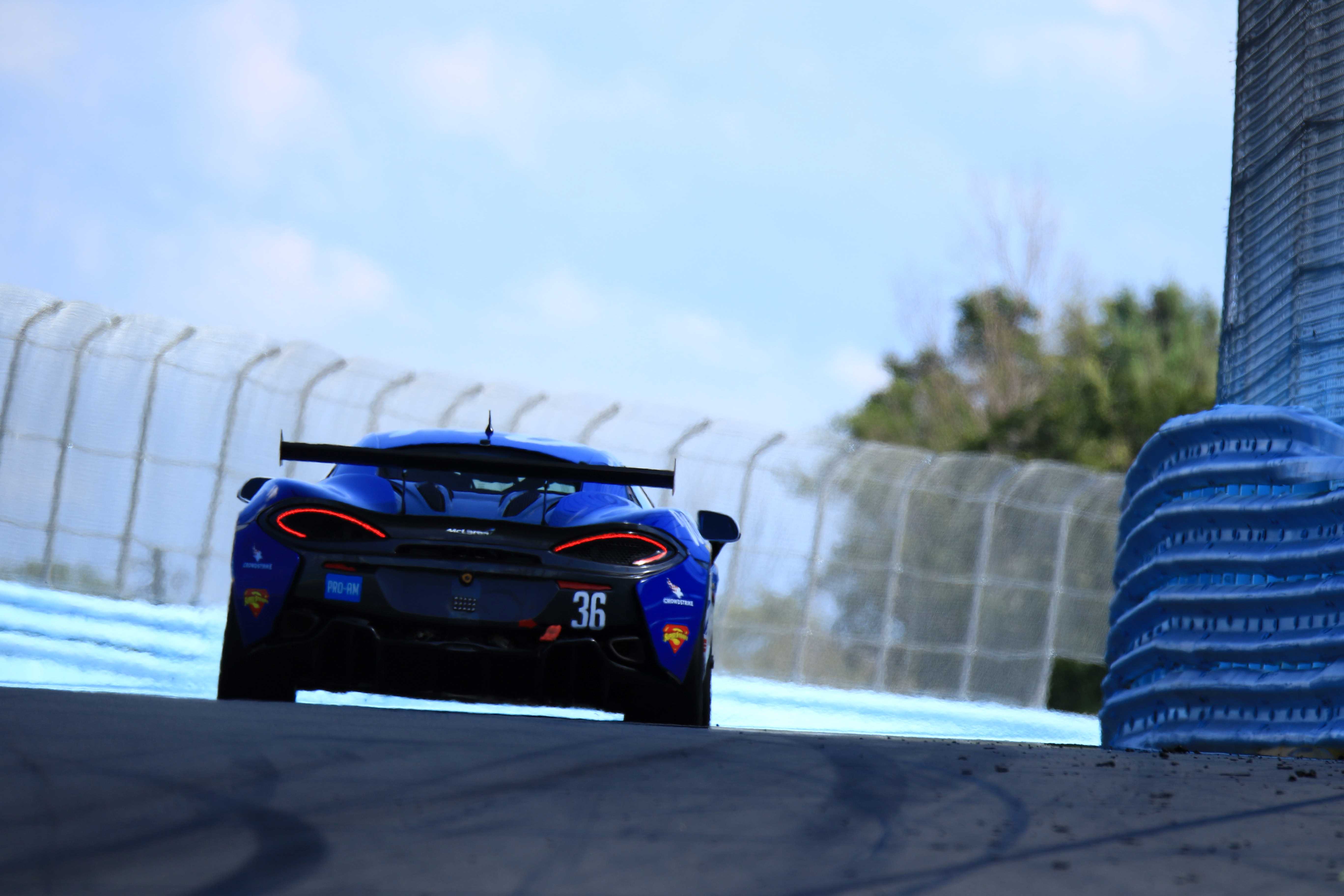 Regardless, the Andretti Autosport crew worked hard to try to fix whatever might have been wrong. We swapped lots of suspension components off of the #18 car after the Sprint race in case there was something wrong with the dampers on the #36. In the race, I got a good jump on the start and moved into the 3rd spot in turn one. I tried to conserve tires a bit as I had built up a gap to 4th, we knew degradation would be tricky towards the end of the race.

A full-course caution came out quickly, which definitely helped our tire wear. After the course was cleared, we went back to green for a few laps before our pit-window opened for the driver change. We brought the #36 car in quickly and handed it over to Jarett, and after the pit rotations were done, we were in 2nd place overall. However, our pace never seemed to improve, so Jarett quickly got swallowed up by the train behind him, eventually suffering from contact into turn one that ended our race prematurely. 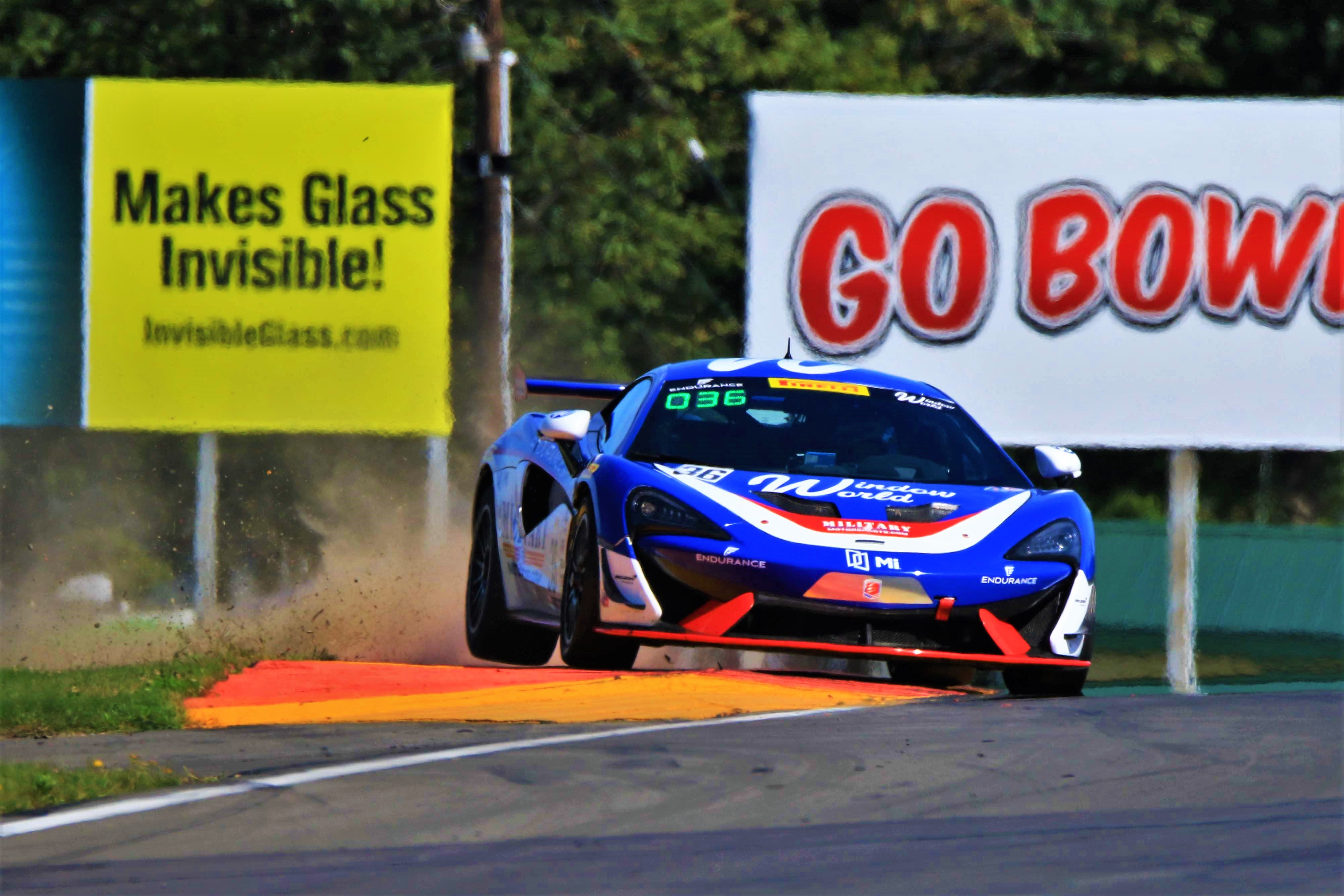 The team spent the entirety of the night getting both cars ready for the races on Sunday, so we really wanted to push for a good result. Jarett had his Sprint race in the morning and ended up with the win, his first ever in the Sprint series. We were ecstatic for the team, especially after the work they had done to get the cars out on track. Unfortunately, we went from the highs to lows of racing very quickly. We swapped the ECUs from the #18 car to the #36 car in an attempt to fix some issues from race one, and as we were rolling the car out to pre-grid, it wouldn’t start. We tried for a long while to get the engine fired up, but it proved to be futile. We never made it out on track for race 2.

I’m disappointed that we didn’t get a shot at a better result, but that’s just how racing goes sometimes. The team did all they could to get the car ready to go, it was simply an unforeseen issue that no one could have predicted. I’m looking forward to having another go in the McLaren for the closing race of the season in Las Vegas in October. I won’t be able to make the next SRO GT4 America SprintX in Road America race due to prior commitments with the L.A. Honda World Team and the Danville Concours d’Elegance. My next race will be back in the Civic TCR at Laguna Seca in just under two weeks, so I can’t wait to get back out to my home track. Let’s push for a better result there! 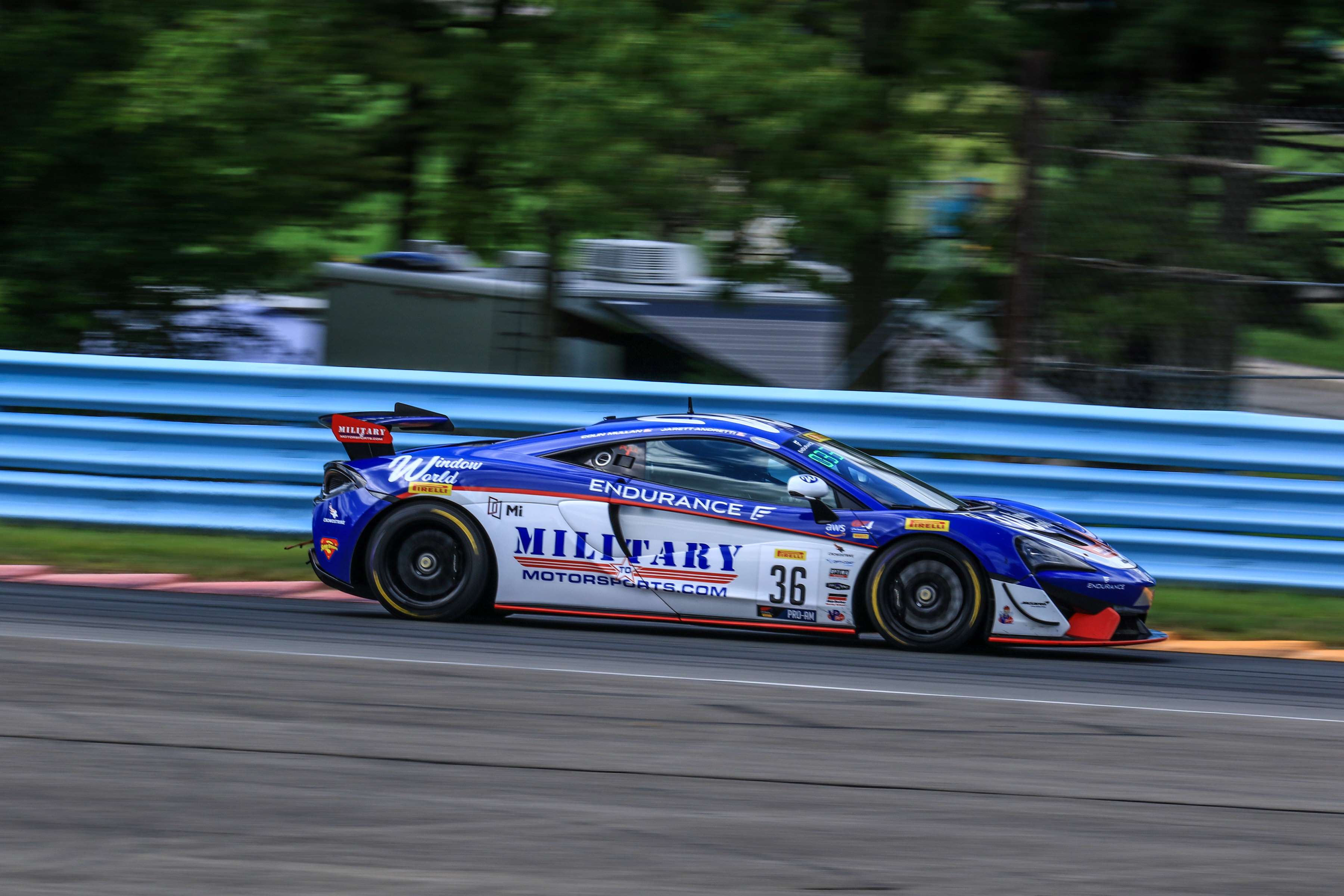