Two weeks ago, on May 31, I got the call that Andretti Autosport needed a co-driver for Jarett Andretti in the GT4 America SprintX race at Sonoma Raceway. The only problem was that the race was one week away. Of course, I wanted to move forward, so my family and I scrambled to get all the necessary paperwork ready for the weekend. SRO Motorsports, the series governing-body, required both an FIA and a USAC license, neither of which I had.

Despite any potential setbacks, I would be ready to hit the track on Thursday for testing.

This was my first time behind the wheel of a GT4 spec car, which turned out to be the McLaren 570s. The McLaren GT4 is based strongly on the street version of the car, so it still has many electronic driver assists including traction control, ABS, and electronic speed control. In a way, it’s more similar to the MINI I raced in IMSA last year, compared to the purpose-built L.A. Honda World TCR. I had to re-learn how to drive around some of the electronic assists, compared to maximizing their use with the Honda. 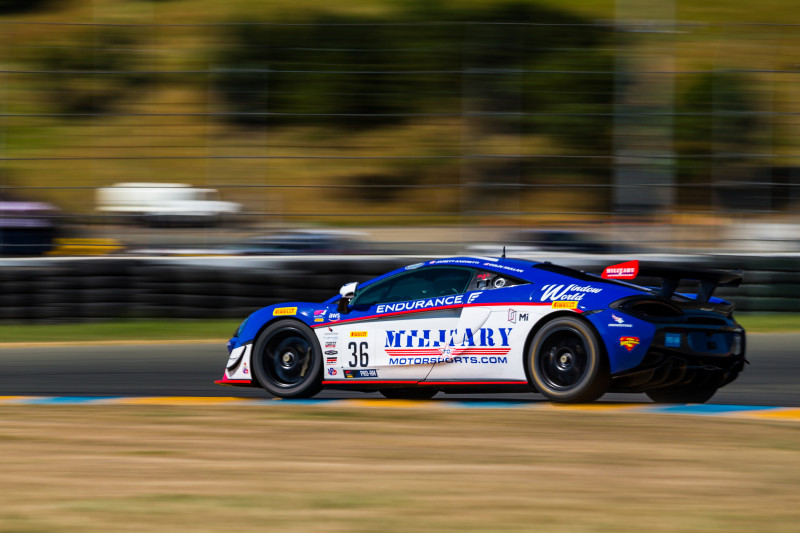 Thursday testing went well, proving to be a good opportunity for me to learn the car and get acclimated with SRO’s mashup of different Sonoma layouts. Despite the strange layout, it was great to be back at my home track. I live around 40 minutes from the track, but haven’t raced there in nearly two years, since Indycar weekend in 2017.

The McLaren was surprisingly easy to get up to speed in. I ended up 3rd fastest in the final practice out of all GT4 cars, Sprint and SprintX combined. We were quick in the short runs, but we were skeptical of our long-run consistency with the tire degradation.

Qualifying was decent, but we had hoped for a little better. I qualified 5th for race 1, and Jarett qualified 7th for race 2. I would start race 1, hand it off to Jarett halfway through, and vice versa for the second race of the weekend. 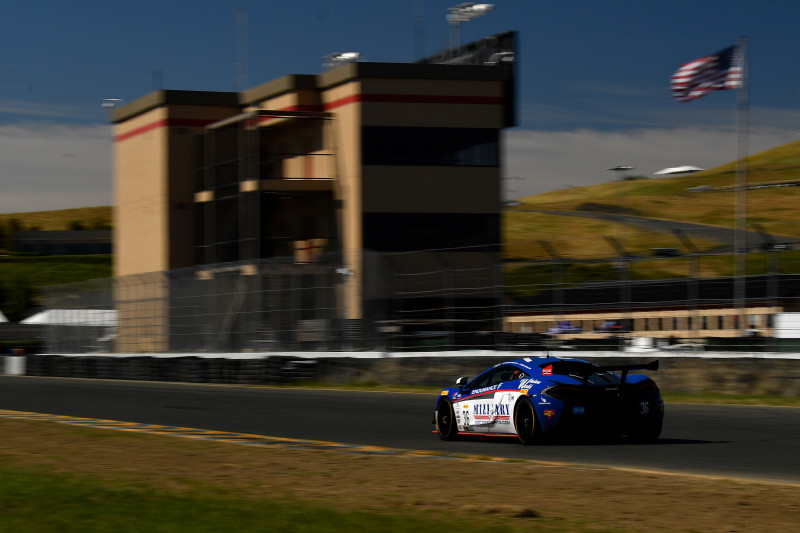 Race 1 took place at 5:30 on Saturday evening, but temperatures were still around 85℉. We knew the heat would lead to a dramatic tire fall-off, so the beginning of the race was all about managing the pace. I started 5th and was able to slot into 4th position for most of my 30-minute stint. I took it easy, keeping pace with the cars in front while defending from behind. I handed the car over to Jarett, where he kept the position for the rest of the race. Although my race wasn’t too eventful, Jarett had a rough run to the end. He got hit twice, the later sending him through the dirt in turn 9. Luckily, he was able to hold onto his position, putting us 4th overall and 2nd in the pro-am class.

Race 2 was on Sunday afternoon, at 2:30. Temperatures were now above 93℉. We knew tire degradation would be much worse with the heat, but it was just something we had to manage. Jarett got a good start from 7th, moving into 5th fairly quickly. He stayed there, saving tires as I did in race 1. We had a great driver change, ending up just over the minimum stop time. I was 4th by the time all pit stop rotations had cycled. I made a pass for 3rd into turn one around the outside, before starting to chase down 2nd. Unfortunately, I may have pushed a bit too hard at the start, even if I thought I was saving tires. The tires dramatically fell off with about 15 minutes left, so instead of pushing to grab the next position, I had to switch to defending. I really struggled to get traction on power in second-gear corners, but in the end, I was able to hold on to third overall and win our class! 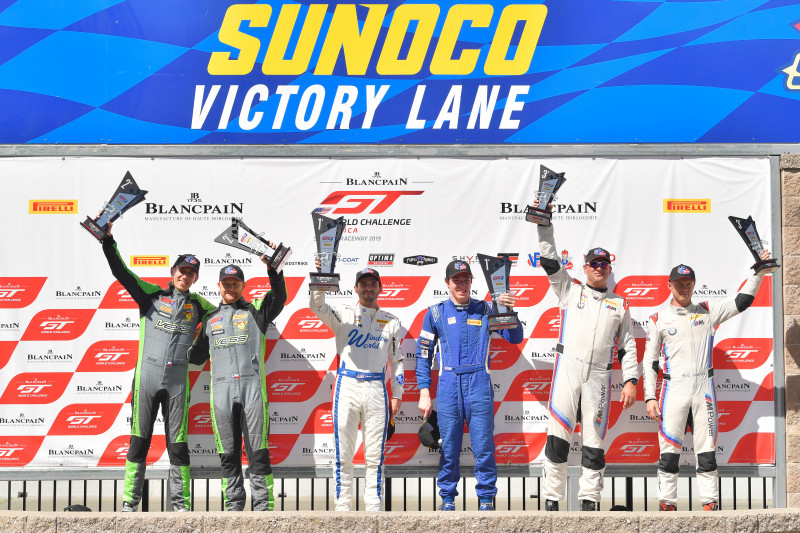 I really had a great time with my debut GT4 weekend. Being able to race my home track again, especially in a McLaren, was really special. I got on great with the whole Andretti team, learning a lot along the way. I really hope to be back in the McLaren for the next race in Portland!